The Story of GoTreads – Part 3

Don’t give up, seek solutions.

During the years 2001 through 2007, we struggled to try to keep our company alive. We maxed out all of our personal credit cards and almost lost our house because we were so far behind on our mortgage payments. For many years we were haunted every night by phone calls from collection agencies. It was a terrible experience for the whole family. Fortunately, we had a personal asset that we were forced to use as collateral to catch up on our payments in 2008. It was also during this time that Mid-America Plastics closed its doors and we moved our molds to Mid-Continent Tool and Molding in Kansas City, Missouri.

During this crisis, I redesigned Go Treads to a larger version. My plan was to quit trying to compete with all of the many “copycats” that were fighting for a piece of the consumer market. I saw a market where foreign-made products were not acceptable. In this market, only products “Made in the USA” would get their attention. This market wants high quality and not so much low price. High quality is what we produce, and I knew this was the place for us.

In 2009, I made new drawings and asked my friend, Aaron King, of King Precision Machining in Hutchinson, KS to make the larger version Go Treads prototype. 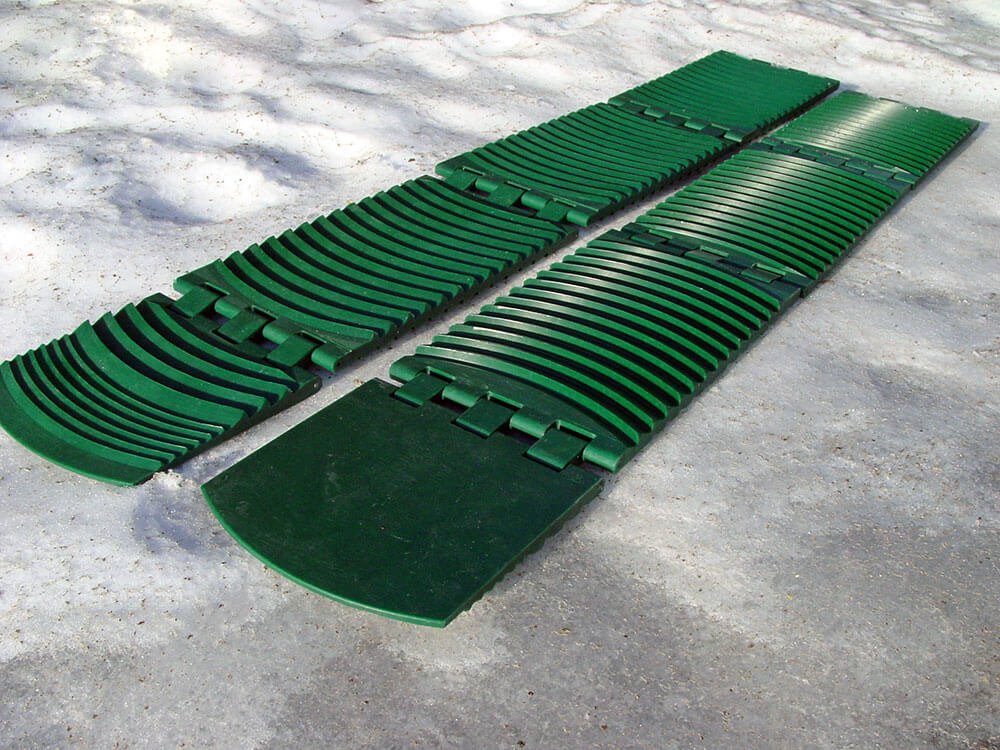 When completed I took the prototypes and tested, tested and tested them. I was not going to repeat the plastic hinge pin disaster. One of the tests was with a fully loaded pneumatic semi-truck on a snowy day in Kansas. Most of the prototype testing was done in wintery conditions. 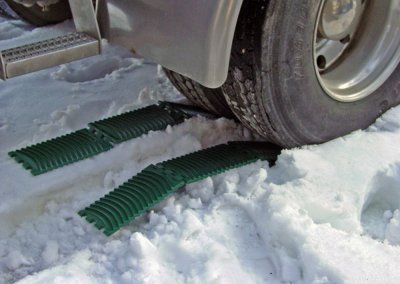 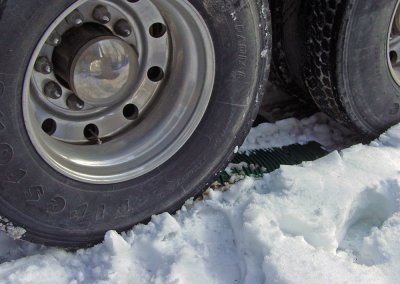 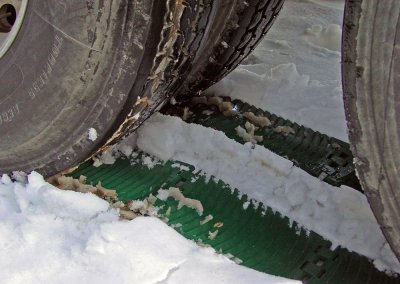 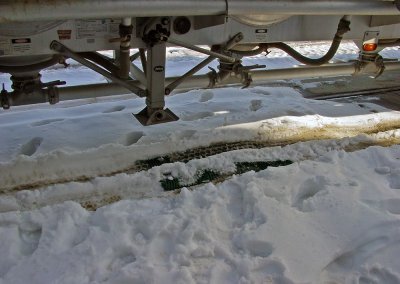 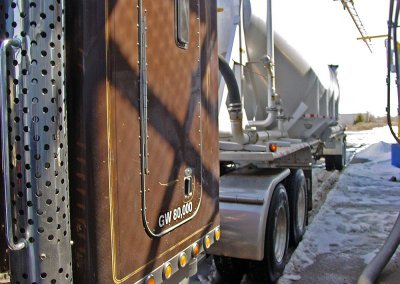 I then gave my drawings to Mid-Continent’s injection mold engineer, David, and he did the mold designs.

I went back to our patent attorney and had him submit a new application for our new, bigger, improved version of the “Professional” GoTreads design. A patent was granted to us on May 4th, 2010.

Breaking away from retail.

I created a new business plan that focused on fleet operators and the U.S. Military. We needed to break away from the now crowded retail market and venture where there was greater opportunity for a higher quality/higher priced/long lasting tool for professional drivers. I then reorganized our little company and went out with my beat-up prototype seeking more investors. I needed a lot of money so that we could have bigger molds made.

It was a hard journey seeking more funding, but I did not give up. We barely had the money for the down payment for the new molds, but I contracted with Prairie Tool in Aberdeen, South Dakota, with the hope that I would have the rest of the money by the time the molds were completed. I continued “pitching” our Professional Go Treads up to the day before I headed up to South Dakota to see the new molds tested. When I left my house the next day, I was short a lot of money to make the final payment.

I knew deep down that somehow everything would work out by the time it came to write the check. On my way up there, I got a call from an old friend and he said that he wanted to help finance the new venture. From that conversation, he gave a promise to “chip in” a large sum. Even with that promise, I was still $10,000 short of the needed cash.

Arriving in Aberdeen, South Dakota, I watched the three new larger GoTreads mold work flawlessly. All of the parts fit. No mold corrections were needed. I approved the test shots and gave them the OK to ship the molds to Kansas City for production.

Now it came time to write the final payment check. I explained to the owner of the mold shop, that I was $10,000 short of paying the full amount. I was blown away at his response. He said with a big smile on his face, “No problem, you have 30 days to pay the balance.” A sigh of relief came over me as I sat back in unbelief. While still at the mold shop, the $10,000 came in from the sale of Pinto, Inc. shares. That day, the molds were debt free.

I made appointments with some tool buyers of three big industrial supply companies. I took the test shot Go Treads and headed to Winona, Minnesota, Lake Forest, Illinois, and Des Plaines, Illinois. It turned out that I pitched Go Treads to deaf ears. They were not interested – at all! I began to realize that this road is going to be a tough one. I would have to go to the end users myself and not depend on suppliers to do it. 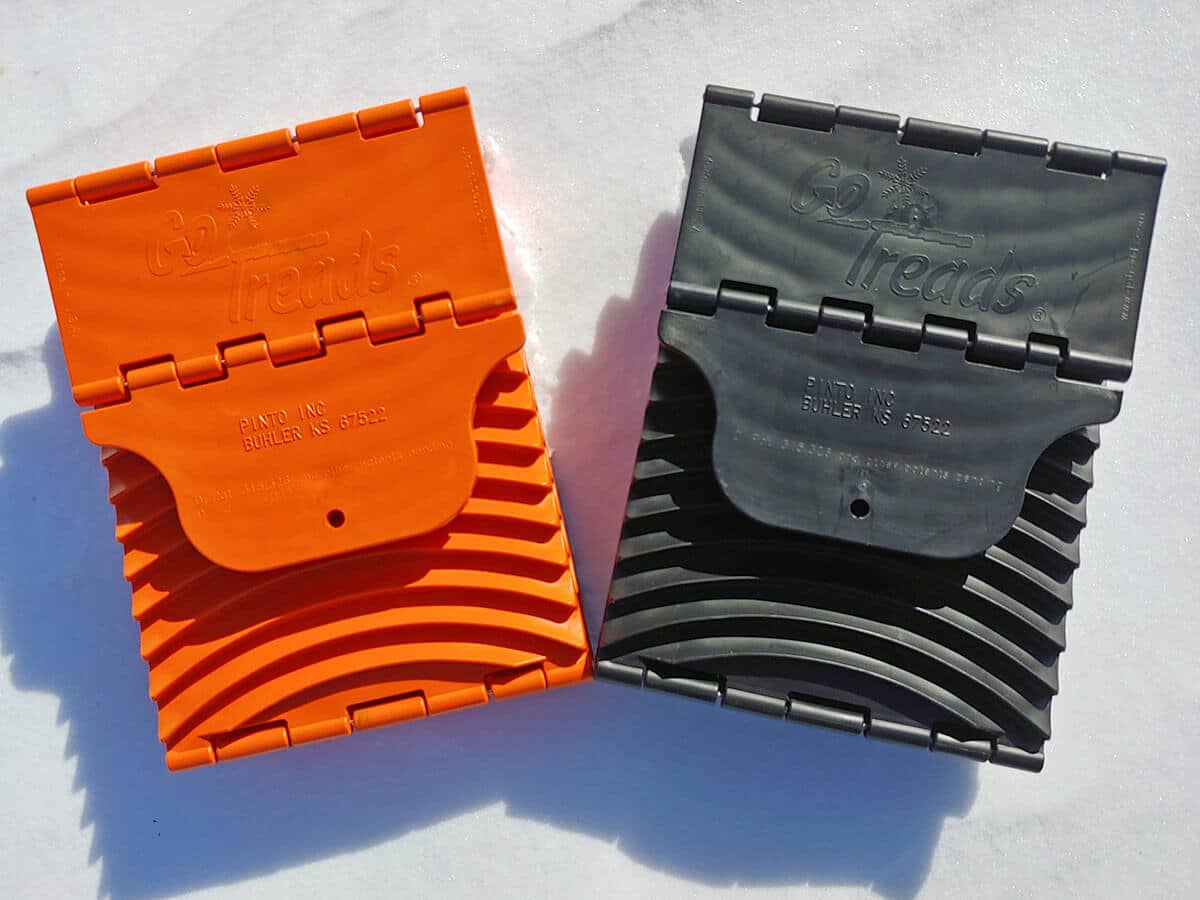 I immediately sought out fleet operators while my daughter-in-law, Melissa, Philip’s wife, worked on getting our GSA contract with the government. Through sending out over 10,000 direct mailings to fleet operators, our efforts were paying off. The cool thing was, we were making more money by selling directly to the end user than selling to a middleman (industrial supply houses). Those three deaf ears I pitched to turned out to be a blessing in disguise.

We contacted over-the-road trucking companies, utility service companies, and a whole bunch of other commercial fleet companies. Basically, we pitched Go Treads to all kinds of fleet operators who depend on their vehicles to help their businesses function. When their vehicles aren’t moving, they are not making money. 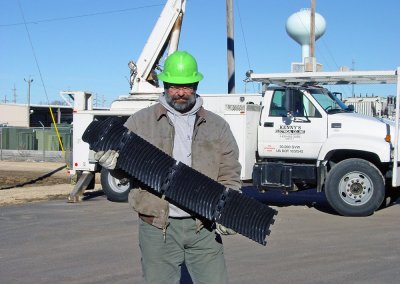 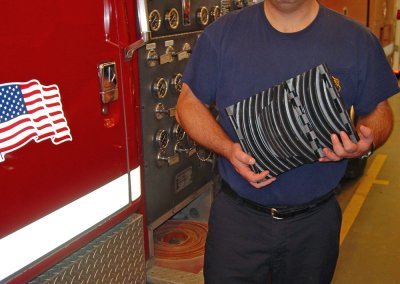 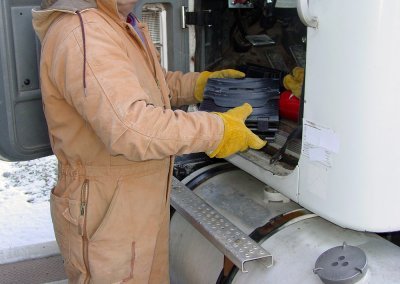 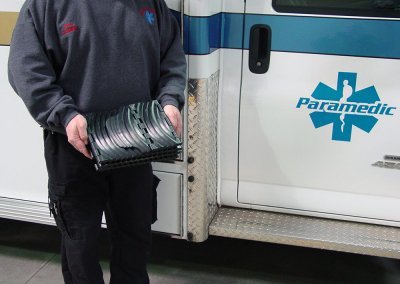 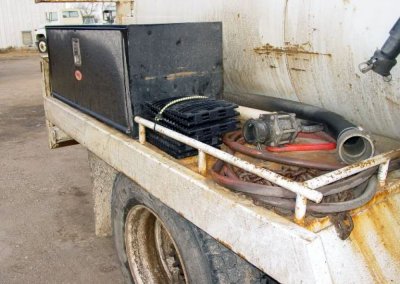 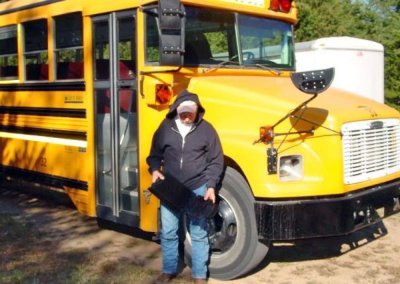 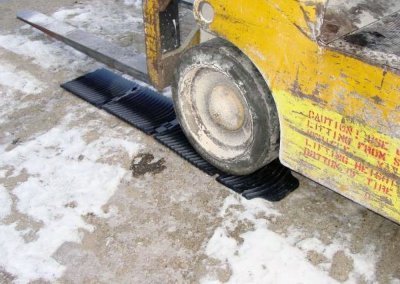 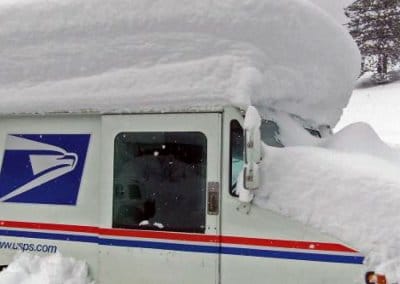 Our sales to commercial fleet operators grew from sending out letters, postcards, attending trade shows and making sales calls. Over-the-road trucking companies, refuse companies, fire departments, ambulance/EMS departments, school bus operators, law enforcement departments, the U.S. Forest Department, service companies like plumbers, HVAC repair companies, electrical service companies, owner/operator drivers and many others have been equipping their vehicles with our “Professional” tool since 2010. We are grateful for so many testimonials from these customers telling us how Go Treads have helped them. Some of the tools really get put to the test by these heavy vehicles in extreme weather conditions.

You may wonder, do Go Treads really hold up through lots of uses? Here is a picture of a Go Treads tool we traded our customer for a new one. We wanted it, so we could show folks that they will keep working well, even after extreme punishment. 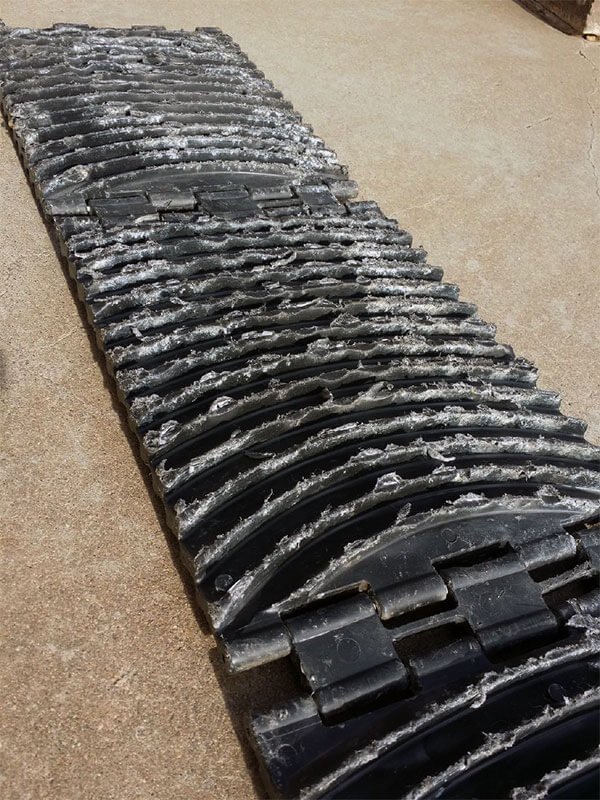 This tool came from Nisly Brothers Refuse Co. They said that the tool was used many times under a roll-off waste container truck. It still works.

Instead of giving up from near disaster with our original design, we chose to build from that unfortunate situation and sought a better business model.

Enter your info to get instant access to your whitepaper. No, we will not spam you or flood your inbox with useless, annoying messages. We all have plenty of that already!

We use cookies to ensure that we give you the best experience on our website. If you continue to use this site we will assume that you are happy with it.Okay