This pneumatic truck contained 55,000 pounds of flour. It needed extra traction to pull up to the unloading area of the production plant. Go Treads got the truck where it needed to be in a matter of minutes. It took longer to take the pictures than it did to move the truck. 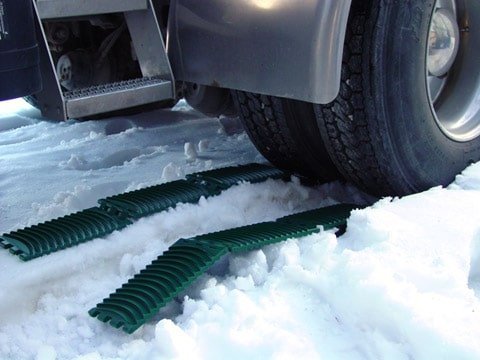 The short sections were tucked down into the snow next to the tires with the smooth side down. 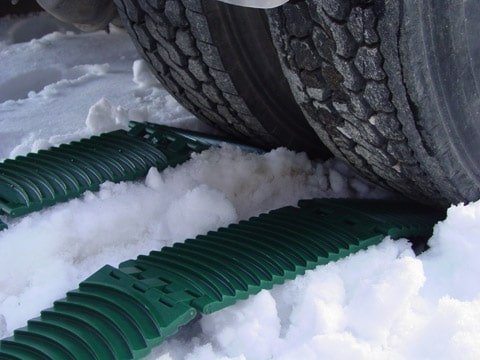 In this situation, we had five to six inches of wet snow. The snow would pack to wet ice under the weight of the heavy truck, which made tire traction impossible. Go Treads are designed to work under loaded trucks time and time again. 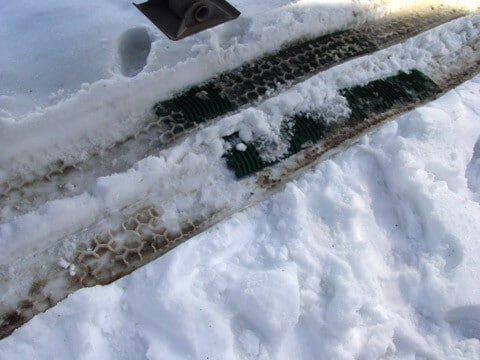 Note that the Go Treads were not damaged in the least by the weight of the fully loaded truck. 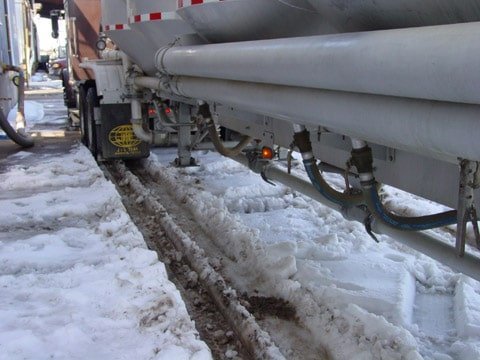 This IS … The Professional Traction Tool

Fleet operators, resellers, and military, please contact us for information on custom quotes and ordering information.